Below is a list of theatre-related awards and honours Charlie has received: 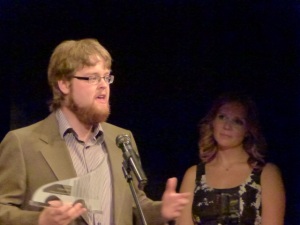